with full references from genuine companies

When you have read the correspondence below, please draw your own conclusions particularly the areas in this correspondence highlighted in green from Vincent Thurkettle who up to now has not responded to me regarding further information concerning the locations etc to enable me to check if my findings corresponded with his all those years ago. Please bear in mind I have already proven myself with the Spanish Armada Shipwreck below also the Eugene Pergeline and from that you can also draw your own conclusions. (click each image below to open up full document).

The reference below is regarding the Spanish Armada shipwreck. My research is indicating at least 12 Spanish ships sunk during its sailing round the North Sea on its way to Northern Scotland. I also indicated that there was at least 3 if not 4 of these Spanish ships which were treasure ships. Some of these ships were sunk through storms, others were sunk by hitting rocks on the way around and near the headland. I also believe that some of these ships also clashed with the United Kingdom ships on their way around. This work has not been completed yet on these other ships but it is hoped that my client will have the resources soon to pursue this to firm everything up. 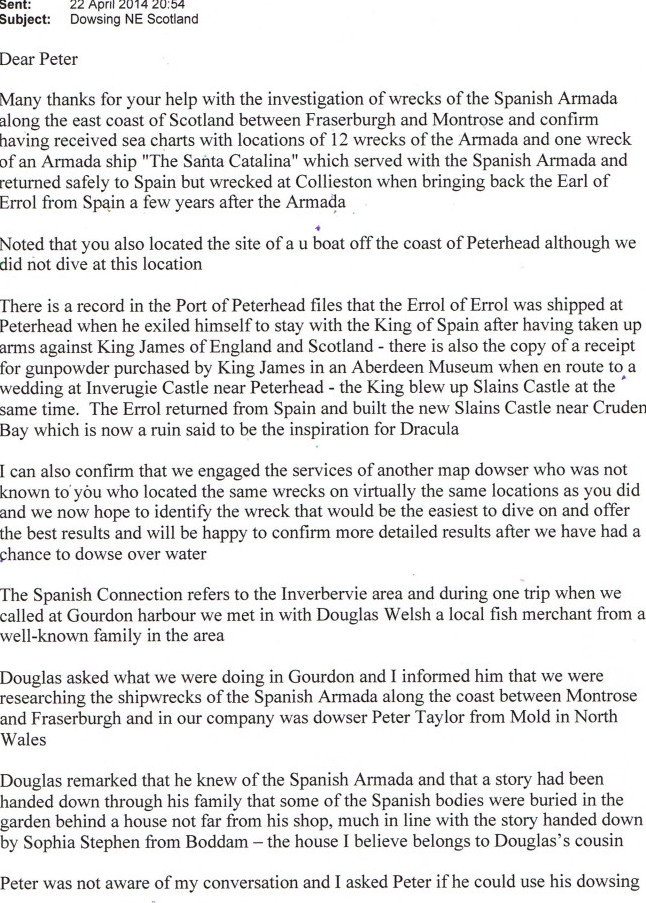 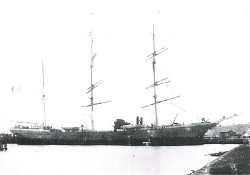 I was asked by another client to find another more modern ship called Eugene Pergeline built in 1900 in France. She was carrying Nickel Ingots. The ship sank on 15 March 1917 off Southern Ireland thought to be at 108 meters down. I was asked to assist in locating this ship. I actually did find this ship it was 15 miles further along away from where it was seen to be originally sunk. The Client gave me confirmation by phone. Unfortunately was not prepared to give it to me in writing. Time is now gone on and I have decided to claim the credit for guiding them to the correct location.

Global Discovery can save you both time and money.

I am extremely impressed with the thoroughness and the way you have located a new gold vein at Clogau Gold Mine and would like to confirm that we are now working this lode and it has already shown positive results and that gold has shown up in our test samples.' CLOGAU GOLD MINE